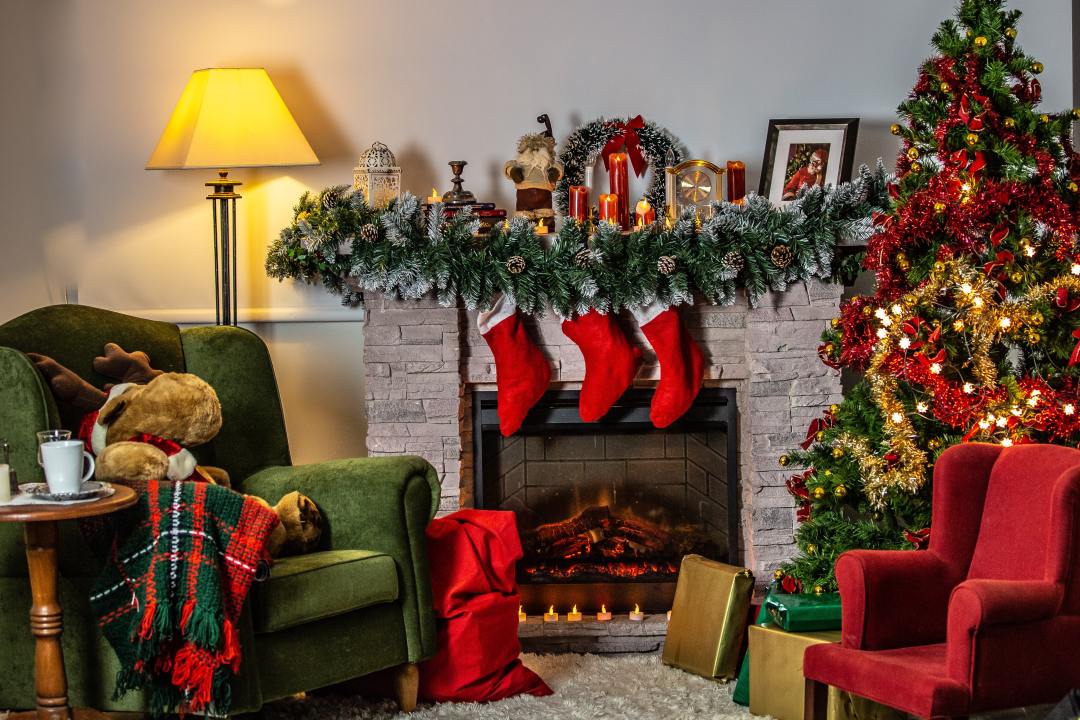 As the father of a 3-year-old girl, I’m always struck by the way she engages in imaginative play. Rooms and furniture around the home often take on new roles as forts and tents. The world around her can be transformed in a variety of ways. I often find myself dwelling in her world of imagination for hours on end, following along to changing rules and new locations that suddenly appear. It’s not unusual for our rooms to frequently change into schools and the doctor’s office. She redescribes her reality using her imagination. My role is to keep up and follow along. And even though I can’t always see what she sees, I know it’s important to continue to play along and foster her imaginative wonder.

Christmastime enhances her imaginative play, filling our home with Santa, elves, and reindeer. Just the other day Santa was apparently living under my daughter’s dresser. Unfortunately, according to her, Santa was sick so she was feeding him cookies to make him feel better. This year, my Christmas has been filled with more magic and wonder than previous ones. I’m experiencing Christmas through her eyes and actions. It’s all new to her. She has a genuine sense of wonder and excitement that makes this Christmas feel special and somehow more real. It’s made me realize that I’ve forgotten how to see Christmas. I’ve forgotten the Christmas imagination.

One of my favorite thinkers, the late French philosopher Paul Ricoeur, described the imagination as the “power of redescribing reality.”[1] According to Ricoeur, imagination is a way to give form to our experience. Recently, I’ve started thinking about the imagination within the context of Christmas and how we think about this time of the year. Like the way I play with my daughter, I think we’re often faking it. We decorate our homes, purchase gifts, and sing the carols, but I feel as though something is missing. We’re missing the imaginative spirit that comes from genuinely believing in the magic and spirit this season has to offer. And for some of us, we’re just counting down the days until Christmas is finally done and the stress will cease. Christmas is meant to redescribe our reality, one that molds and shapes us into more hopeful and loving people. It’s not decorations and gifts that create our Christmas spirit. We don’t suddenly become happier and more cheerful people because of trees, candies, and holiday movies. These things are reflections of us and take on life through the way we imagine the Christmas season. Without us, without our imagination, Christmas isn’t possible.

I think the challenge we face as adults is that we often go through the motions with the hope that maybe we’ll discover holiday cheer externally. When I play with my daughter, it sometimes feels as if I’m going through the motions. I sit where she wants me to sit and hold what she wants me to hold without much thought as to the game we’re playing. I’m not having much fun and the game never lives up to its full potential. However, when I’m involved and correlate my imagination to hers, the game becomes much more alive and dynamic. It enhances her fun as well as mine. Through imagination, we redescribe our reality together.

This year I want to encourage you to rediscover your imagination. This doesn’t mean that you have to believe in Santa Clause, but I do think there is a way to re-see Christmas again in a way that’s real, genuine, and exciting. Ricoeur described this as a “second naiveté,” meaning that we re-approach what’s familiar to us with a new creative wonder. It means opening ourselves, releasing our imagination, to old symbols and stories so that they can come alive once again in our lives. The task isn’t to see Christmas as a child again, that is of course impossible. But what we can do is see Christmas in a new way that bridges the wonderment we had as children with the maturity (and hopefully wisdom) we’ve gained through the trials of adulthood. It is a process of using our imagination to bring the Christmas story to life again and again. And though it is unlikely that you’ll see Santa hiding under your dressing or discover that an elf has come to life in your living room, the Christmas imagination might just help you see this Christmastime with a rediscovered amazement and joy.

Photo by Lynda Hinton on Unsplash