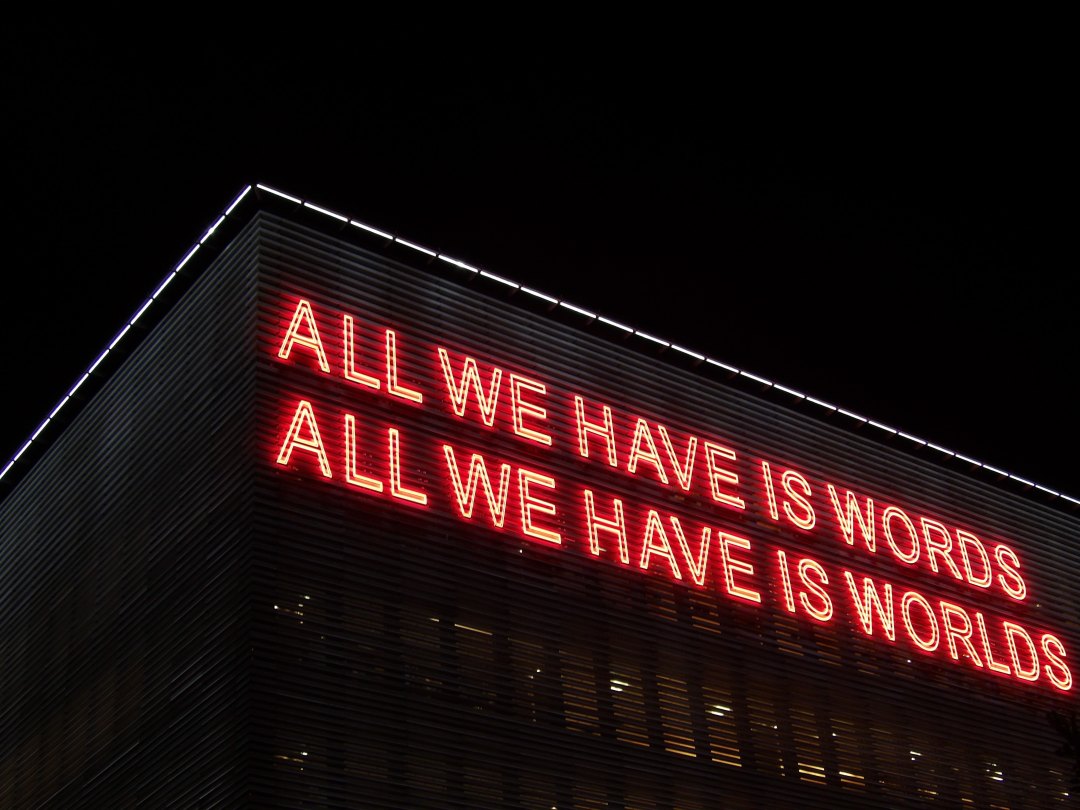 Within the word we find two dimensions, reflection and action, in such radical interaction that if one is sacrificed—even in part—the other immediately suffers. There is no true word that is not at the same time a praxis. Thus, to speak a true word is to transform the world.[i]

What are true words? Reading Paulo Freire’s Pedagogy of the Oppressed reminded me of the complex relationship between word and action. Idle words, stated without transformational action, are vapid and empty. Words, if we consider them truthful, must at some level reflect, engage, and change the world in which we speak them. Hence, the truthfulness of words must correspond with reality. To speak, as Paul Ricouer noted, is “to say something about something.”[ii] Moreover, that something is the reference of our speech. Words find life through use—the activities we do to connect speech with reality. For example—to borrow a phrase from Noam Chomsky—the sentence, “Colorless green ideas sleep furiously,”[iii] is obviously fantastical. We can clearly see that this sentence, while grammatically correct, has absolutely no correspondence to any action or behavior within our reality. Words require actions—implementation that has some correlative relationship with reality.

Unceasingly, our political system perpetuates a broken system of both empty words and oppressive action. Our politicians were notorious for promising everything and giving nothing. The vapid and insipid inaction of our political parties allowed for the continuation of an oppressive status quo, one which ignored inequality, civil rights, affordable healthcare, and gun violence (to only name a few). At best, the empty words of the so-called “establishment” emphasized the need to do something, but it was never the “right time” to do that something. Of course, none of this is very surprising. Our government is cruelly and purposefully inefficient. As such, words and promises from Washington were about as useful as saying, “Colorless green ideas sleep furiously,” which is to say not very useful at all.

True words require action, but action without reflection is also oppressive. There is no truth in domination. Furthermore, true words require justification and dialogue. Thus, power does not make our words true. True words originate in the potential they have to initiate a dialogue. Herein lies the greatest mistake of those in power—the assumption that power is its own justification. Words without reflection are oppressive, and words without action are hollow. Alone both contribute their fair share of suffering upon others through either inaction or subjugation.

Hollow words, while undeniably cruel, at least offered the semblance of truth. Nothing was done of course, but it gave us some small ounce of hope that something might be done. Though perhaps it is better that our politicians finally removed the happy veil by which they hid their true motivations—power and oppression. Today’s brand of politician is one that acts without reflection. They implement words of power by force, and inflict that force upon the powerless. The powerful, with no pretense to the truth, act as if their words are true.

Of course, you can still find the remnants of the old system of deception. The White House Press Secretary still regularly talks to the press. She offers meaningless and hollow words that pays lip service to the past, knowing full well that no one buys it. This facade fools no one, and yet it continues for reasons of which no one is quite clear about—tradition perhaps? However, for the most part, the new forms of oppression have dismantled the old political systems. No matter the cost, this new authoritarian system makes words true through power and sheer will.

I have no interest in repeating the words of our President and his political lackeys. They do not need repeating. It is enough to say that the words we hear today are those of hatred and fear. Their words stoke a national fear against those who we need not to fear. They use words without reflection or foresight. Their words demonstrate a love for what Freire describes as a “necrophilic” love of oppression, “nourished by love of death, not life.”[iv] Our government institutes a violence that exploits the oppressed, making them into little more than objects for domination. The President offers words of power, which have no foundation in reality. As such, he must thereby “transform everything surrounding it into an object of its domination.”[v]

Words of power depend on objectification and domination. Having no truth or validity, the powerful must nevertheless create some foundation to justify their rhetoric. Herein lies the fundamental flaw of words of power. The more tedious power’s foundation, the most desperate are its attempts to justify and make that power legitimate. Word of power create justification through antagonism, division, and hatred—the tools of objectification. As such, it isn’t surprising when the President utters outright falsehoods. His motivation is quite clear. Power, ignorant of reflection and dialogue, can only act in its own interests—the continual perpetuation of power for itself. In this light, Make America Great Again (MAGA) isn’t just a political slogan. It is the rallying cry for oppression. Whom must we objectify to make America “great?”

Words, without reflection and action, inevitable oppress. Hollow words oppress through inaction. Words of power oppress through fear. Both demonstrate the inevitable consequences of words from authority. Those in power ultimately do not care about the powerless. For Freire, true words arise through liberative praxis.

Freire describes that true words require both reflection and action—praxis. Reflection originates in our ability to enter into dialogue with others. Thus, reflection is our ability to engage critically with those around us—not out of fear, but in solidarity. Dialogue is our most important tool for critical thinking and encountering the rich diversity that our world has to offer. Reflection forces us to consider our words in the context of people. Moreover, reflection—originated by dialogue—forces us to see that true words also require action. For our words to be true, they must engage in the concrete reality of the situation.

Human existence cannot be silent, nor can it be nourished by false words, but only by true words, with which men and women transform the world…Human are not built in silence, but in word, in work, in action-reflection.[vi]

True words find no firm basis in the individual’s will or power. One cannot make truth out of falsehoods. One’s own individual desire cannot create truth. Nor can one institute validity by force or bravado. Instead, true words originate in cooperative dialogue within the community. To speak true words is to speak in love, not power. Love embodies both reflection and action. For in love we discover how to be both empathetic and motivated to make change. Love alone harbors our desire to care and to act. As such, true words are those that not only show compassion through contemplative reflection, but also back up those words through willful and passionate action. Reflection without action is false love; action without reflection is a breeding ground for hate and suffering.

How do we speak true words? It begins with the desire to cooperate instead of dictate. True words, loving words, derive power from “below.” True words emerge in our desire to reflect upon and act for social change. Such words result in the dismantlement of illegitimate power—power without reflection and action. True words are the impetus for cultural revolution—“Thus, to speak a true word is to transform the world.”[viii] Moreover, this transformation also embodies our commitment to process and change. This transformation, enacted by true words, embodies our hope for a more just future.

Hope is rooted in [humanity’s] incompletion, from which they move out in constant search—a search which can be carried out only in communion with others.[ix]

True words are not the properties of institutions, governments, or even churches. The backing of an institution does not make our words true. Such places may comprise the grounds where true words may emerge, but only within the confines of dialogue, cooperation, and community. Thus, our institutions derive their truthfulness not from power, but from the true words spoken and acted upon in love. Among institutions, I believe the church is one of the few remaining institutions where the potential for true words still exists. Perhaps not as it is (especially in this dark political/nationalist climate) but in its potential to serve as the model of love and truthfulness of word—churches that dialogue and act with their communities.

Going forward, the role of theology seems clear to me. The role of theology isn’t to propagate dogma or the church as an institution. Its role isn’t to establish the metaphysical and/or philosophical foundations for such an institutional church. Instead, the role of theology is to reawaken the spirit of true words—words motivated and acted upon in love. Theology must become a model of a liberative praxis within our communities. For theologians, this means shifting our focus away from speculative and metaphysical positions, and re-awakening our drive for social and economic justice. Such a focus requires that theology become culturally dialogical and action-oriented. As such, this new praxis means that theological words must be true words—words that go beyond the confines of churches and academic institutions. Consequently, this means learning how to enact a new theological praxis that may serve to guide and further strengthen our communities (both secular and religious).

Let no evil talk come out of your mouths, but only what is useful for building up, as there is need, so that your words may give grace to those who hear.[x]

Photo by Alexandra on Unsplash (Quote by Tim Etchells)